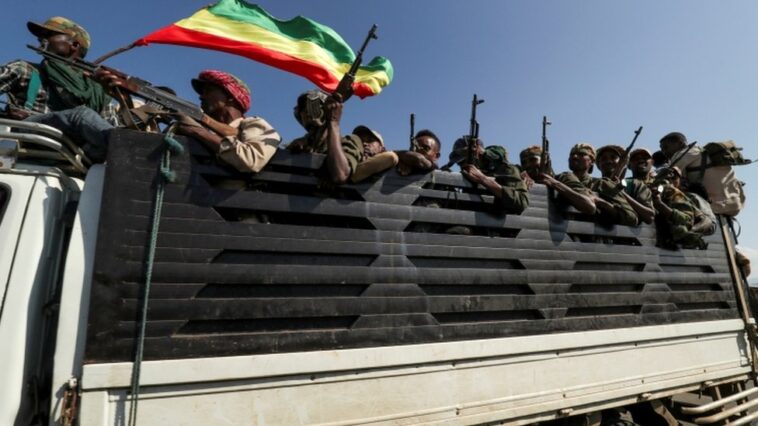 Tigray is in the Northern region of Ethiopia and the local Political party TPLF (Tigray People’s liberation Front) had been in the main political entity in Ethiopia for the better part of the past 3 decades. In 2018 after  anti-government protests, current Prime Minister Mr Abiy came into power.

Mr Abiy brought in sweeping reforms which included dissolving the political system which comprised of a coalition of 4 ethnically based parties, the foremost of which being the TPLF who fought a war to seize the government from a Military Junta in 1991. Prime Minister Abiy merged the ethnic and region based parties into his new Prosperity Party, the TPLF declined the opportunity to join. Prime Minister Abiy went ahead to sign a peace treaty with Eritrea to settle a territorial dispute that had long existed between the Tigray and the Eritrean government, earning him a Nobel peace prize.

The Tigray leaders saw Mr. Abiy’s reforms as a move to centralize power and uproot the federal system. This coupled with the Prime Minister’s friendship with Eritrea’s president caused more animosity. The Central government postponed the elections to 2021 due to the Covid 19 Pandemic and this led to the TPLF holding their own elections in Tigray insisting that the Central government had never been tried in  elections as Mr. Abiy had been appointed, the Central government deemed this election illegal and cut off ties and funding to Tigray. Tigray’s administration saw this as “a declaration of war”.

The situation came to a head when Tigrayan forces were accused of attacking army bases to steal weapons, and thus on November 4th 2020, Ethiopian Prime Minister Abiy Ahmed ordered a military offensive against regional forces in Tigray. What started out as a military operation has now morphed into a full out civil war and with Tigrayan forces advancing towards the capital, 2019 Nobel Peace Price winner Prime Minister Abiy made his way to the front lines to lead the Defense forces, to be joined by two time Olympic gold medalist Haile Gebrselassie.

Almost half of Tigray’s population have fled their homes since the conflict begun. Ethiopia is the second most populous country in Africa and also Africa’s oldest independent country.